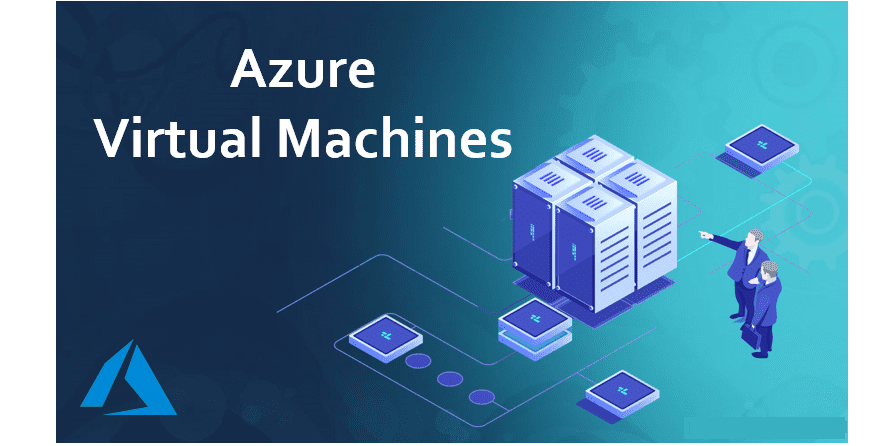 What is a Virtual Machine?

A virtual machine (VM) is a virtual environment that works like a computer within a computer. It is called virtual because it is implemented in software on top of a real hardware platform and operating system.

A virtual machine (VM) is a virtual environment that functions as a virtual computer system with its own CPU, memory, network interface, and storage, created on a physical hardware system. A Software called a hypervisor separates the machine’s resources from the hardware and provisions them appropriately so they can be used by the Virtual Machine.

Even though both of them are Virtual Machines it is just that Azure Virtual Machine is a VM provisioned on the resources (CPU, Memory, Disk) provided by Azure Cloud enhancing your productivity and making the workloads highly scalable which can be scaled on the fly, optimizing the cost, enhancing the security and much more.

Whereas the other one is usually provisioned on-premises or could also be on a local/personal system, increasing the maintenance work, making it less scalable, and thereby impacting productivity.

Following are the topics that would be covered in this blog

Following are the steps involved in provisioning a Virtual Machine

The core components of the VM include

The state of a Virtual Machine refers to either

One more component of the Virtual Machine which is the Public IP address and one amongst the 2 types offered varies according to the state of the VM. The 2 types are as follows –

Azure Disk Encryption helps protect and safeguard your data to meet your organizational security and compliance commitments. This is amongst the security services offered by the Azure cloud for securing the data in the disks.

The disks encryption can be performed on managed disks for both OS and data disks usually by default the Server Side Encryption with Platform managed keys (SSE with PMK) but there is also an option to use customer-managed keys using Key Vault.

For Encrypting the disks after provisioning needs to be detached or the VM to which it has been attached should be in the deallocated state.

Following are the steps included for encrypting the disk with customer managed keys.

The key differences between the two are

Availability Sets takes the virtual machine and configures multiple copies of it. Each copy is isolated within a separate physical server, compute rack, storage units and network switches within a single datacentre within an Azure Region.

Using an Availability Set takes your acceptable downtime to around 22minutes a month. Which is a vast improvement over the single virtual machine deployment.

Each underpinning physical resource will be tagged to a specific fault domain in the Azure back-end. Each fault domain might share the same rack, network, and power source. When you add more than one VM to the availability set, the Azure platform ensures that VMs are spread across different fault domain.

The fault domain can protect your applications in the following scenarios.

You get the default fault domain as 5 and it can be increased up to 20.

With Availability Zones, you are starting to use zone-aware services. Your workload will be spread out across the different zones that make up an Azure region.

The Custom Script Extension downloads and runs scripts on Azure virtual machines (VMs). This extension is useful for post-deployment configuration, software installation, or any other configuration or management task. You can download scripts from Azure Storage or GitHub, or provide them to the Azure portal at extension runtime.

The custom script extension has a time limit of 90 minutes post which the tasks specified fail. Also, there shouldn’t be any inclusion of reboot command statements as it will cause problems with other extensions that are being installed, and the extension won’t continue after the reboot.

Cloud-init is a widely used approach to customize a Linux VM as it boots for the first time. You can use cloud-init to install packages and write files, or to configure users and security. Because cloud-init is called during the initial boot process, there are no additional steps or required agents to apply your configuration.

it also works across distributions. For example, you don’t use apt-get install or yum install to install a package. Instead, you can define a list of packages to install. cloud-init automatically uses the native package management tool for the distro you select.

Run service for Azure VMs is used to execute commands. After you choose the command, select Run to run the script. After the script finishes, it returns the output and any errors in the output window.

Azure Confidential Computing is a feature that allows you to isolate sensitive data when it is being processed in the cloud.

This feature is available for your virtual machines. In Confidential computing , a part of the CPU’s hardware is reserved for the portion of code and data in your application. This portion is known as an enclave.

There is a special series of virtual machines which support confidential computing. This is the DCsv2-Series

The benefits of Azure Dedicated Hosts is that no other virtual machines from any other customers would be placed on the physical server. You can also control the maintenance events that are initiated on the Azure platform.

Here the users are charged per dedicated host. This is irrespective of the number of virtual machines running on the physical server.

Azure virtual machine scale sets let you create and manage a group of load balanced VMs. The number of VM instances can automatically increase or decrease in response to demand or a defined schedule. Scale sets provide the following key benefits:

To get VMs as close as possible, achieving the lowest possible latency, you should deploy them within a proximity placement group.